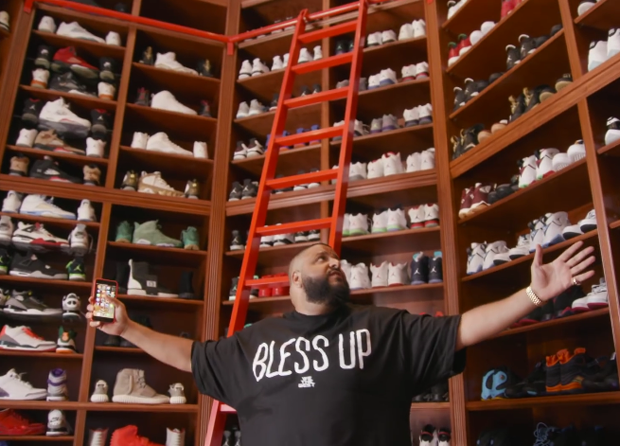 DJ Khaled‘s extensive sneaker collection is one of the best anywhere. But it’s doubtful anyone is as passionate about their sneakers. That enthusiasm even reached Chelsea Handler, whose new Netflix talk show Chelsea has Khaled on retainer as “Chief Financial Correspondent.” His latest appearance on the show takes us inside his sneaker room, where wealth advisor Jeremy Office is given an up-close tour of Khaled’s most prized, and valuable, kicks – Reebok S. Carters signed by Jay-Z and Air Jordan 3 Kobes among them. And in his role as Chelsea’s CFC, Khaled has some major keys to personal investing and financial success. Sneaker-based, of course. Watch the clip below, and catch Chelsea on Netflix.