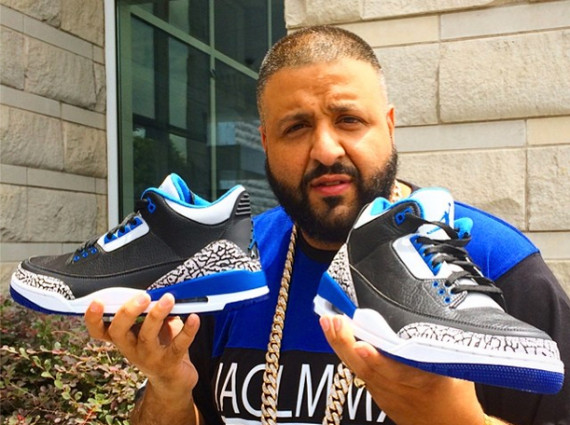 After DJ Khaled went on ESPN’s First Take and proclaimed the Spurs shut off the AC on his hometown squad on purpose, San Antonio then went on to blowout the Heat in the subsequent three following games while the air conditioning was perfectly functioning. It doesn’t look like Khaled is taking the backfire all that poorly though as he’s back to suffering from success thanks to grabbing the Air Jordan 3 Retro “Sport Blue” before anybody else. We’re excited about the prospects of the Air Jordan 3 getting a black and cement treatment by ditching the red for a royal blue in an almost Orlando Magic look, but hopefully this doesn’t mean that the Miami producer is jumping ship to the other Florida squad. Get with us after the click for more images of his pick up and look for this pair to drop in August. 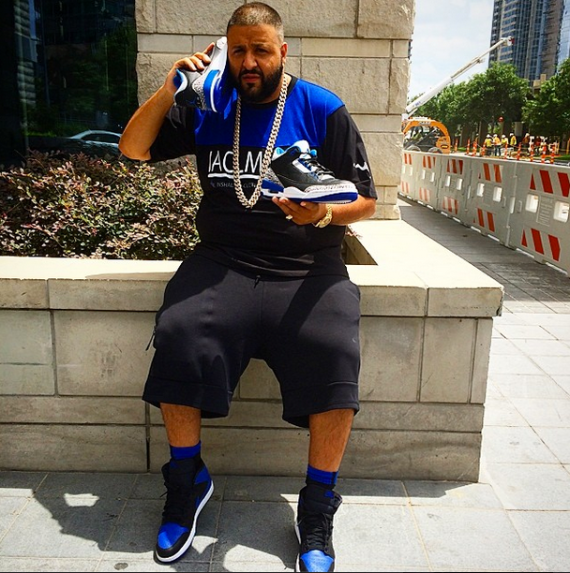 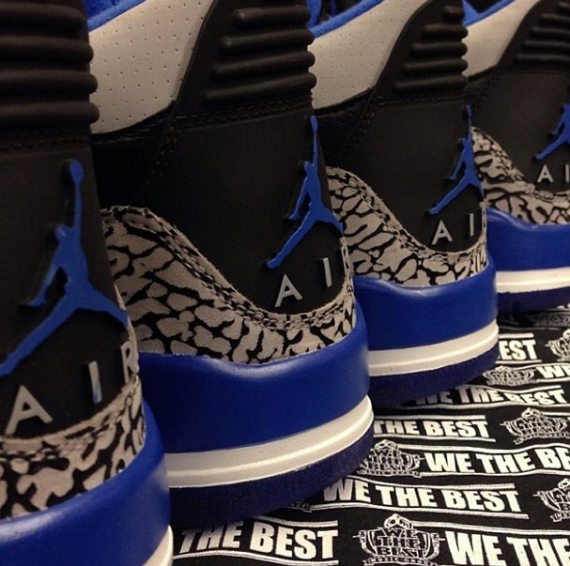