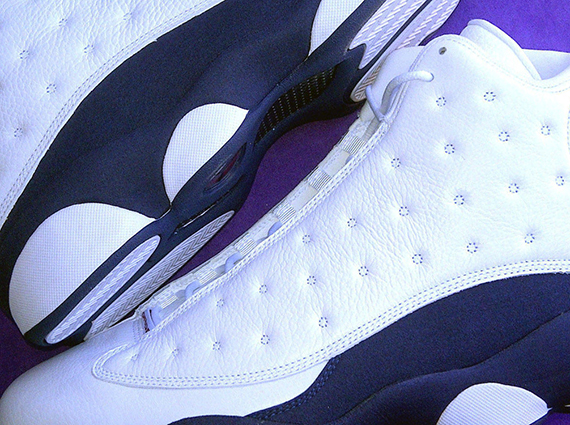 Although Joe Johnson’s made an impact with the Nets since his arrival in Brooklyn last season, the sharpshooting two guard spent the majority of his career either standing on the wing waiting for Steve Nash passes in Phoenix or running it up with Josh Smith in Atlanta as a member of the Hawks. While we’ve seen a plethora of Hawks player exclusives for #2 over the past couple weeks like his favorite Air Jordan II, today we see a custom Air Jordan XIII that takes a simple white and navy approach ditching red except for an exclusive tongue logo reading ‘JJ2’. Hit the gallery for a better look and if you’re feeling this pair pick them up from shut_down_the_game on eBay.