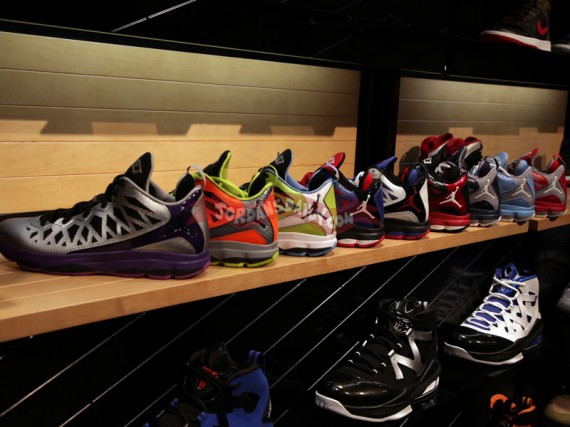 Over the past week or so Jordans Daily has brought you no shortage of exclusives with respect to the upcoming Jordan Brand catalog, having been invited out to an exclusive media event in NYC previewing exactly what JB is cooking up for the coming months. We showed you apparel and footwear, and even took the time to get some insights from behind the scenes design-wise with Jordan Melo M9 design Justin Taylor.

Of course what would that be without a similar look at Jordan Brand’s other marquee name at the moment Chris Paul? He’s sort of in the same situation as Melo what with the whole back-story of him now playing in a much bigger market after an NBA career established in a smaller city. And even in the shadows of the Lakers he’s managed to make the Clippers an exciting club once again, him and Blake Griffin becoming highlight reel regulars and the squad making its way to the playoffs for the first time in 6 years. And there’s that whole gold medal thing.

All this excitement that will culminate sneaker-wise in the Jordan CP3.VI, Chris Paul’s sixth signature sneaker with Team Jordan. The model looks to uphold the fine tradition of fast design for Paul, one of the games most agile players, upgrading the ever important traction package on bottom and again embedding the shoe with a wealth of winks and nods to his personal history. Click through to check out our exclusive sit down with Jordan Brand global footwear design director Andre Doxey, shots of the upcoming Jordan CP3.VI, and some quick tech specs as well. 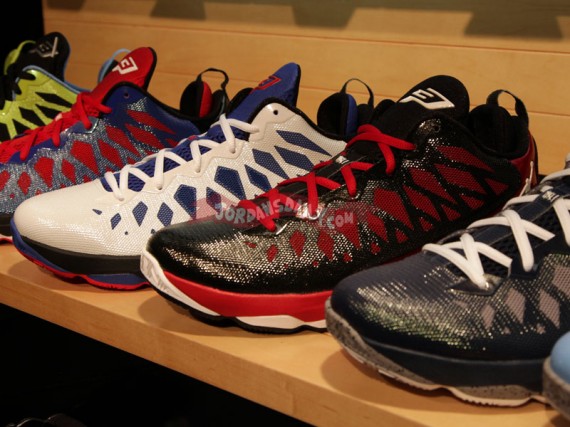 Jordans Daily: First of all could you just introduce yourself to our readers so they have a background as far as your position at Jordan Brand?

Andre Doxey: Sure, my name is Andre Doxey, I’m the global footwear design director for the Jordan Brand, responsible for all footwear both on court off court, kids, training, basketball, you name it.

JD:How long have you been with Jordan Brand?

JD: As far as the CP3.VI goes, the first look we got at it was sort of on the biggest stage possible with the Olympics. How important was it for you guys to get it out there and test it on pretty much the worlds greatest arena?

AD: Yeah, it’s always great when we can, our goal is always to get the shoes out on time. But we do do long-term wear testing before we actually go to production. We give the shoes to CP to wear and test but we also give it out to D1 schools to wear and test as well. So we put it through a number of rigors, checkpoints to make sure it’s holding up around underfoot, upper, lacing, fit, length-everything. We make sure that it’s going to perform.