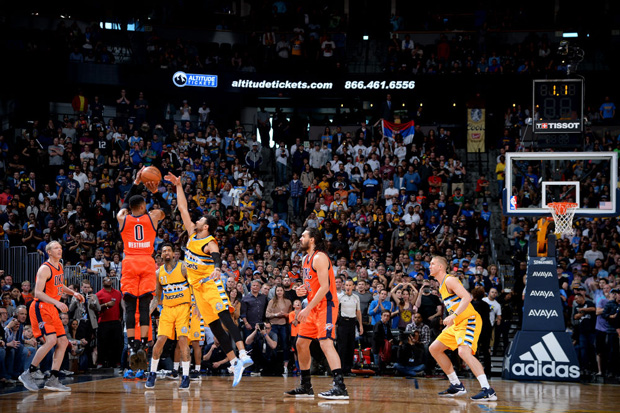 You can’t write these scripts any better. Russell Westbrook canned a 36-foot three-pointer at the buzzer to lift the Oklahoma City Thunder over the Denver Nuggets, 106-105, on Sunday night. The win knocked the Nuggets out of playoff contention and provided to perfect cap to another history-making game for Westbrook, whose 50 points, 16 rebounds, and 10 assists helped him pass Oscar Robertson’s 1961-62 mark with 42 triple-doubles in a single season. It was also Westbrook’s third 50-point career triple-double – the most in NBA history – and his first buzzer-beating winner in his nine-year NBA career. 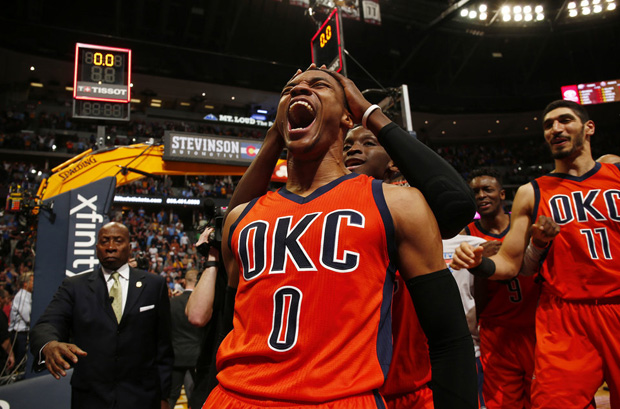