Michael Jordan Dropped 55 On The Knicks 22 Years Ago Today 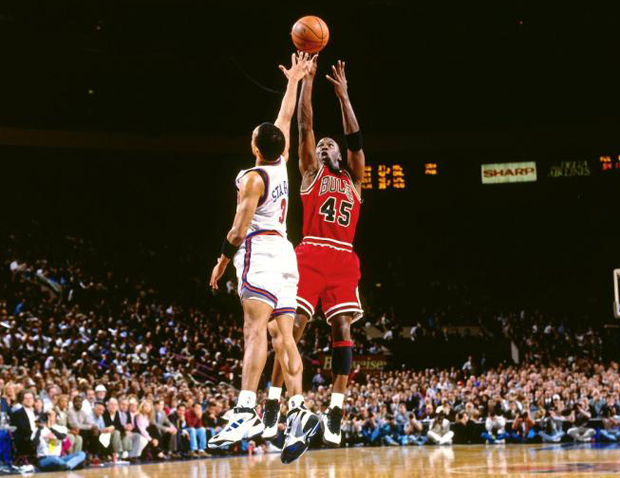 On March 28, 1995, in just his fifth game back with the Chicago Bulls after nearly 18 months absence, Michael Jordan proved why he was still the greatest player ever with a 55-point outburst against the New York Knicks. Jordan was on his game from the outset, knocking down a couple of jumpers and branching out into his full range of moves. Even dunks.

He even made the game-winning play without scoring a bucket, drawing the Knicks defense and dishing to an open Bill Wennington under the hoop. Bulls 113, Knicks 111.

Watch some of Michael Jordan’s “Double Nickel” highlights below as they happened exactly 22 years ago today.