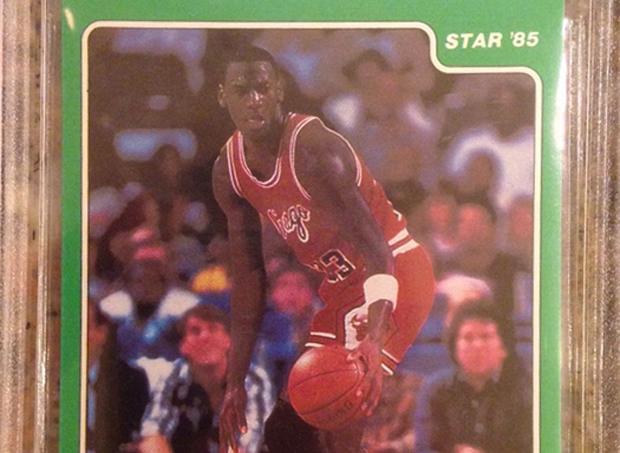 We’ve finally reached that time period where the prices of select Michael Jordan memorabilia are skyrocketing. Two of the biggest categories are game-worn gear and trading cards. Any sneaker Michael Jordan has worn and autographed is understandably going to fetch many tens of thousands of dollars, even into six figures. But some of his trading cards are scraping those numbers, too.

Last fall, a prime example MJ Star ’85 issue NBA rookie card sold for a tick under $165,000. Now we get a look at a similar vintage card, this time the Star ’85 Gatorade Slam Dunk. This is also rated 9.5 out of 10 with the entire card in virtually mint condition. Asking price is $1999.99 at the moment. Check your old card stashes – you never know if you have money just sitting around.

Find this card and others like it now via eBay. 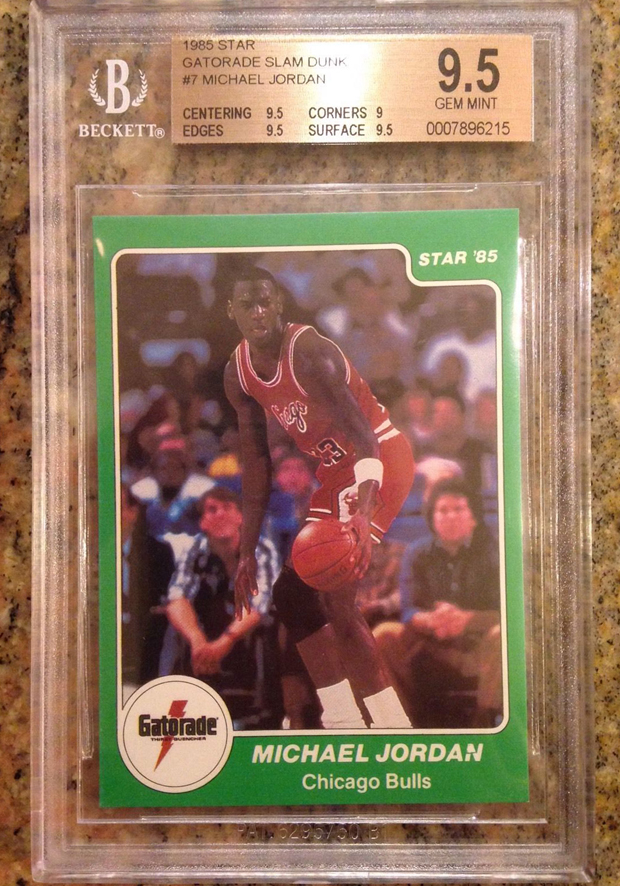