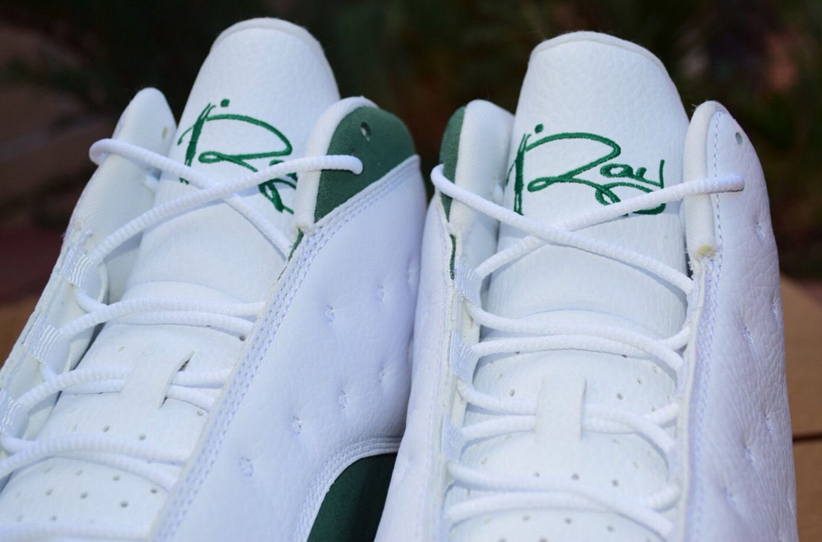 We head a half decade into the past for today’s Daily Jordan, focusing on a highly sought white and green gem – Air Jordan 13 “Celtics” PE for NBA shooting legend Ray Allen.

The fine example you see in the photos here is a size 14 sample, which was Ray’s shoe size until he bumped up to size 15 around 2012. Ray’s feet are an interesting bit of trivia for sneakerheads, how he started his NBA career wearing size 13, sized up to 14 a few years later, and then went up again to 15 to combat chronic soreness and fatigue.

Podiatry aside, this shoe is special beyond its White/Clover colorway and Ray logo stitched across each tongue. Allen wore it against the Lakers on February 10, 2011 to pass Reggie Miller as the NBA’s career leader in three-pointers made at 2,561. Right now that number stands at 2,973 for the not-yet-retired gunner.

Perhaps the best part of this shoe’s story is the fact that Jordan Brand paid tribute to Ray and gave fans who had badly wanted a player exclusive Air Jordan to release their just due by releasing a very limited quantity of them on July 23, 2011. House of Hoops Boston and SoleFly in Miami each received pairs that were snapped up instantaneously. These releases also saw a limited edition commemorative Ray Allen caricature t-shirt made available to pick up at the same time.

Nowadays this shoe in any format is becoming harder and harder to track down, let alone at a workable price. However, the search continues. This collector’s item can be nabbed right now through la-shoe-collector on eBay. Here’s footage of the record-breaking to get you pumped. 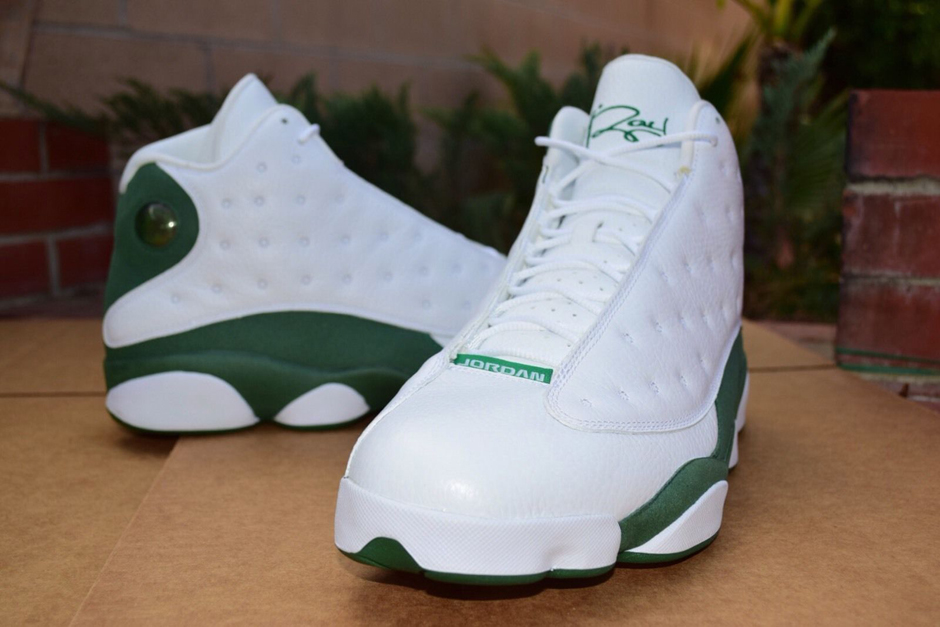 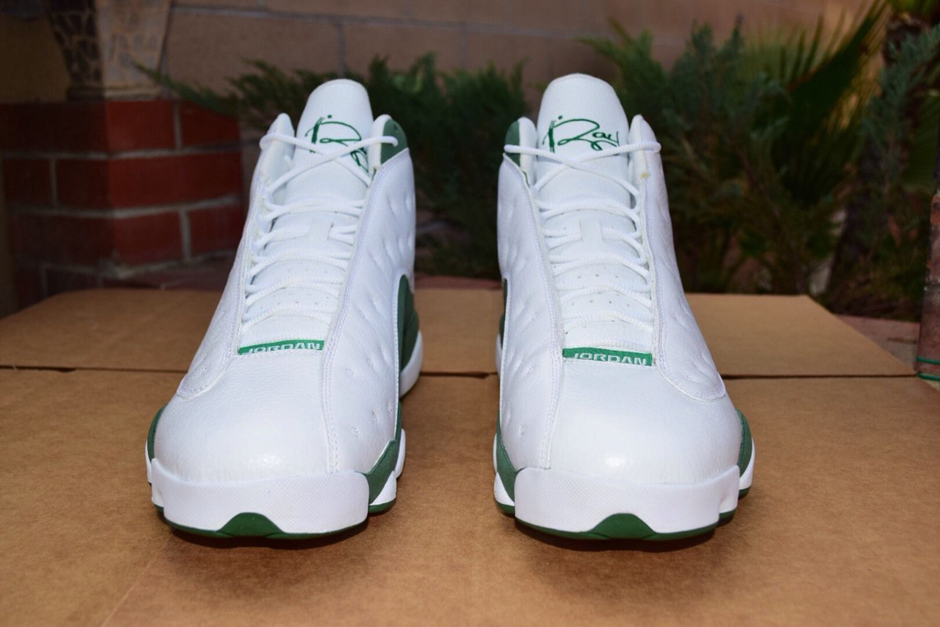 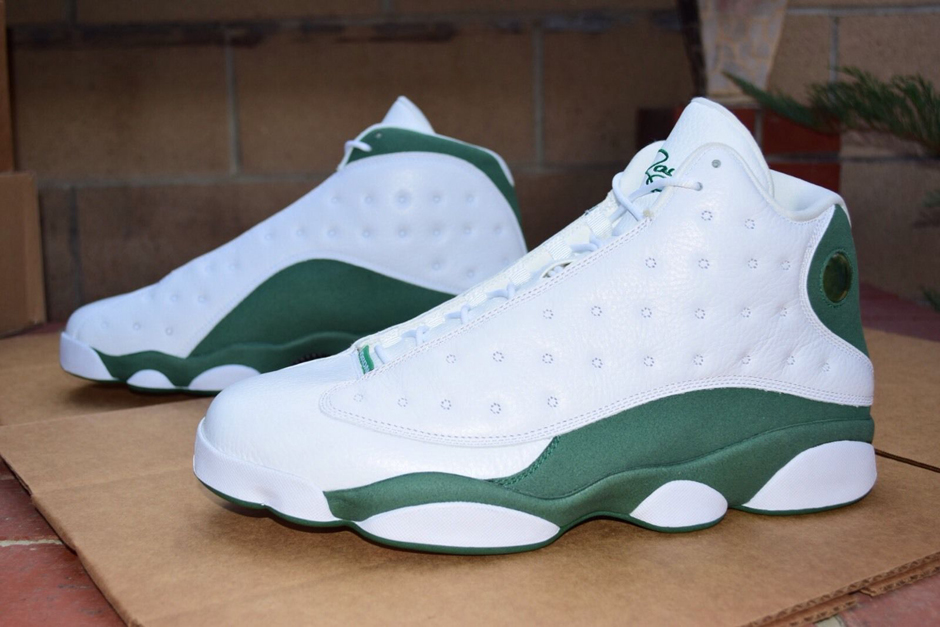 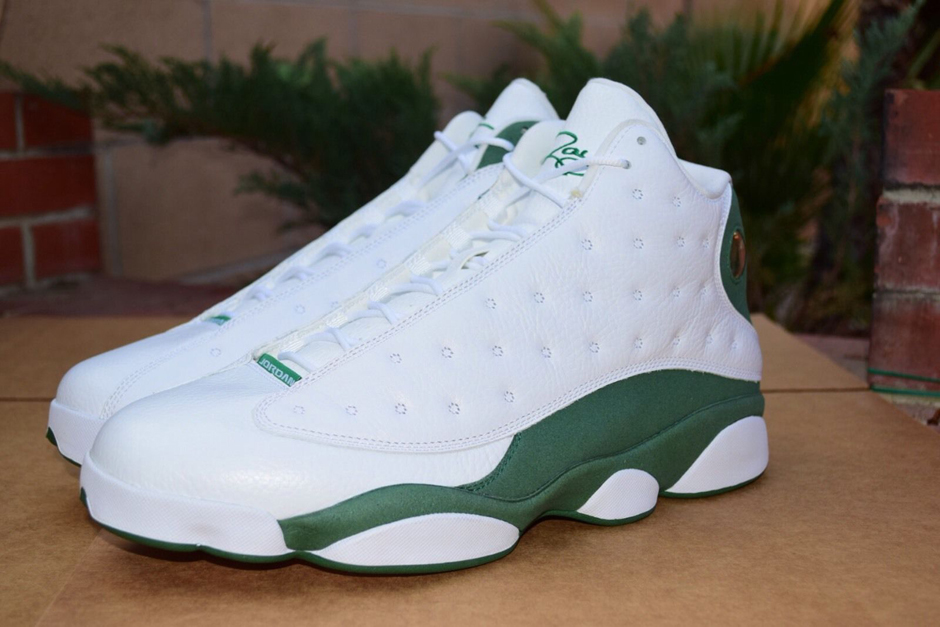 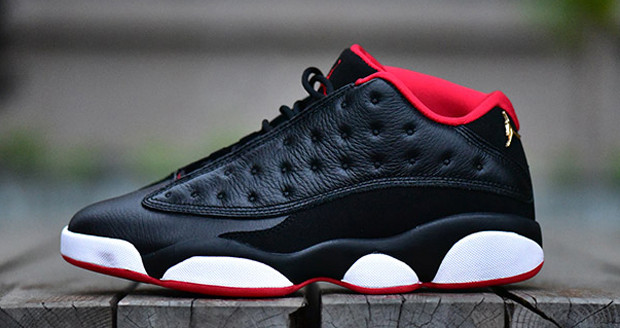