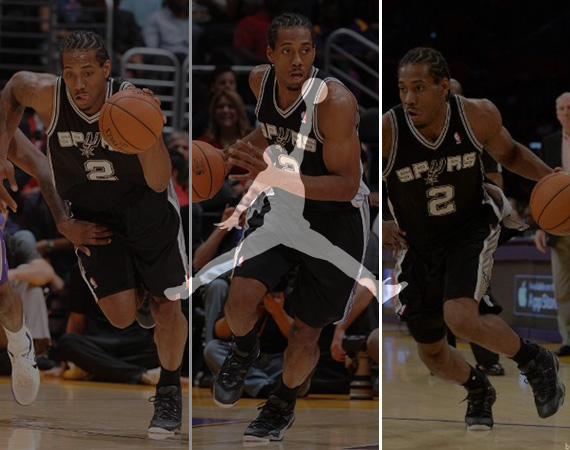 After a week that saw the Jumpman sign three coveted rookies to their first shoe contracts it looks like Kawhi Leonard has finally inked a deal with Jordan Brand. The third year Spurs guard took a huge leap last season, challenging LeBron James in the NBA Finals and proving that he’s the future of a storied San Antonio Franchise. Throughout the pre-season Kawhi’s been spotted in the hyperfuse silhouette of the Jordan Super.Fly 2 and has previously showed his interest in classic Jordan models like the Air Jordan 5 “Wolf Grey”. While Leonard looks to make an All-Star appearance and lead an aging Spurs team to defend their place atop the Western Conference, it will be exciting to see him do it wearing a new pair of Jordans. While we’re still waiting for confirmation from Kawhi’s camp, numerous sources report the signing so stay tuned for an official statement and let us know what you think of his signing.