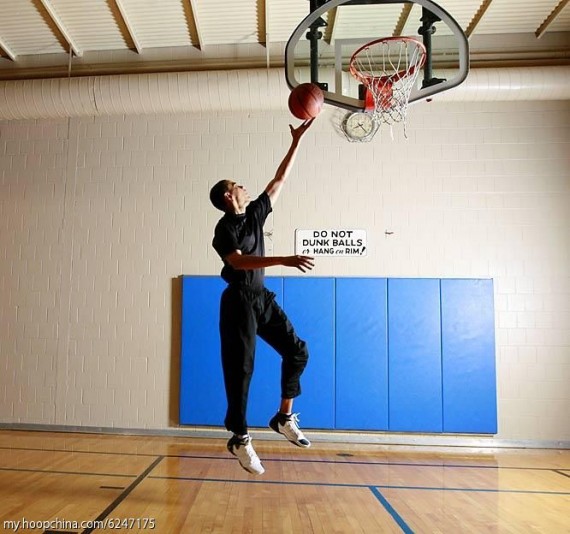 It’s very well known that when the Commander-in-Chief isn’t working hard trying to improve the state of the union, he’s often spotted on the hardwood. This time he’s of special interest to Jordans Daily because he’s playing in a pair of Jordan Jeter Vital’s. One could say that Barak Obama knows better than most that “training is tough, but losing is tougher,” since nothing could have truly prepared him for the trials he’s faced as president of the United States. Even though it’s clear that Obama is a White Sox fan it seems like he’s paying homage to the freshly crowned Mr. 3000 by wearing his signature shoe on the court, even if it is unintentional. Perhaps the President will inspire more political figures to step out and hit the gym in their Jordan gear, and if he does then you can bet that Jordans Daily will have your coverage right here. via Hoop China