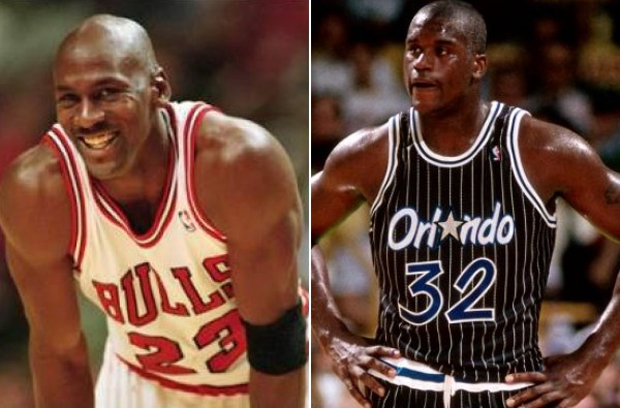 Today is Shaquille O’Neal’s 45th birthday, a milestone in the Diesel’s legendary life and career. Instead of the usual birthday wishes, cake and ice cream hoopla, we decided to honor Shaq with a look back at the time Michael Jordan blocked his shot.

Not too many people can claim the achievement of blocking the 7’1” and 303-pound center during his rookie season – or any season for that matter – but MJ got in on the action early. The Bulls-Magic game on January 12, 1993 was the stage, as Shaq gathered an offensive rebound and jumped for the putback. That’s when MJ sonned the rookie out of LSU and started the fastbreak.