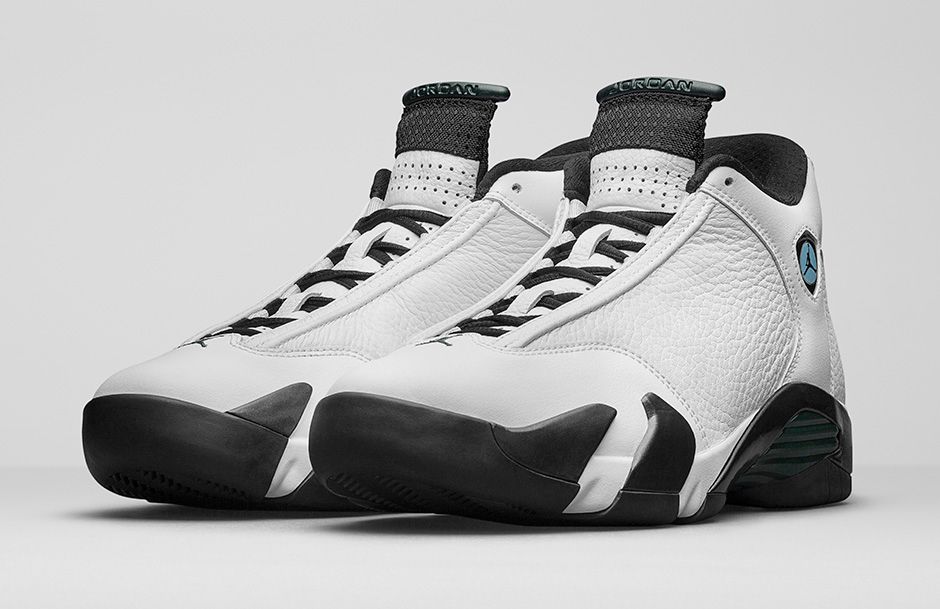 Been a long wait but Air Jordan 14 “Oxidized” is finally re-releasing. They originally dropped in February 1999, just a couple of weeks after Michael Jordan announced his second and final retirement from the Chicago Bulls. Tough times for Bulls fans but this clean colorway made up for it a bit. No lines or perforations running the sides like those of the “Last Shot” 14s. No, this is tumbled leather, smooth black color blocking, and tasteful green and teal touches. Check the official photos here, and let us know if you’re copping this Saturday. 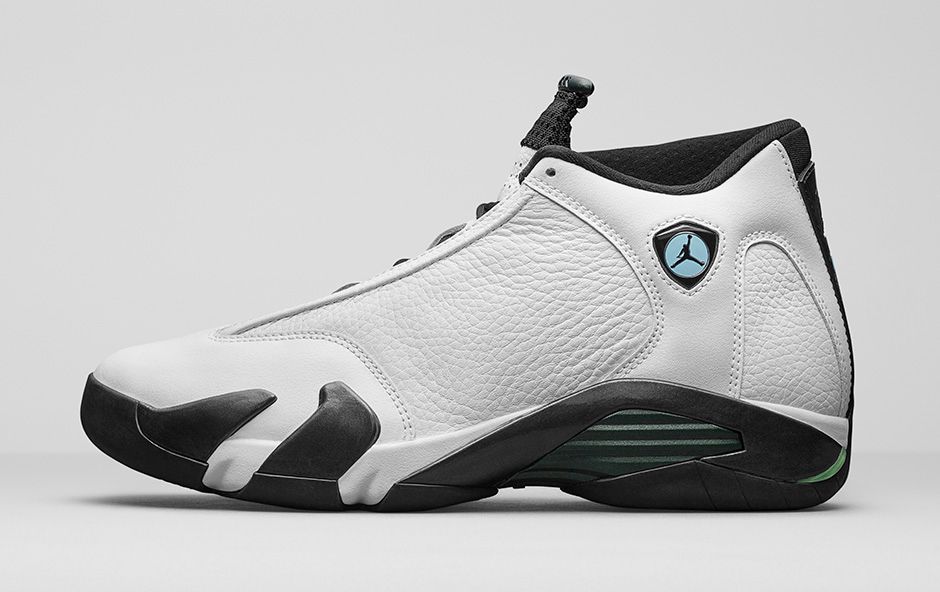 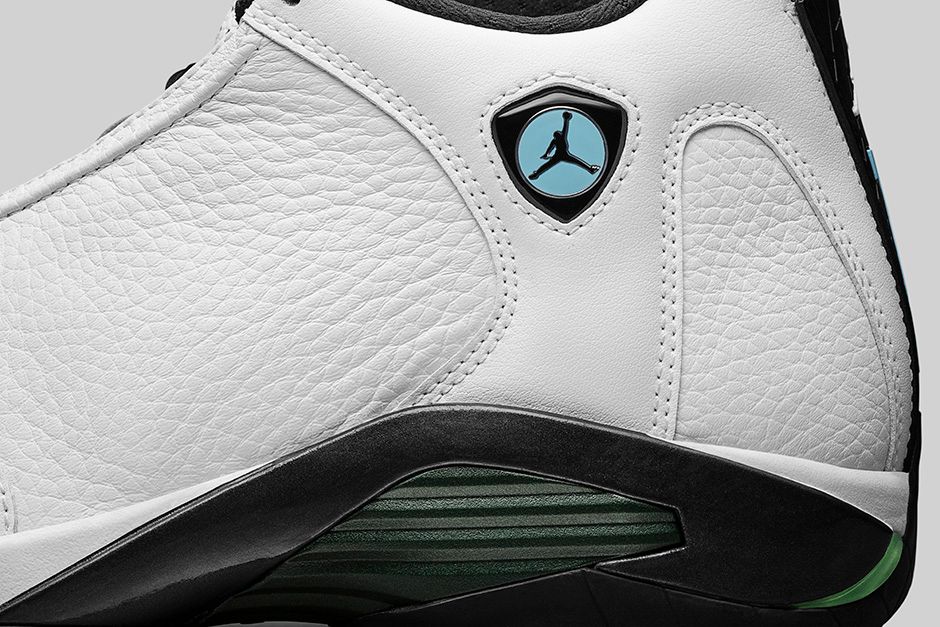