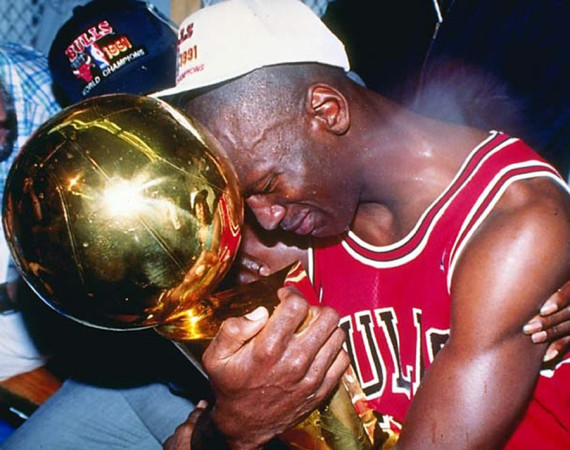 The Air Jordan 6 is currently celebrating its 23rd anniversary, and besides the architecture of the shoe – one in which sneakerheads have praised since its inception thanks to the Porche inspired heel tab, alternating leather side panels and aerodynamic design – it is also the silhouette that Mike won his first championship in. Today marks the 23rd anniversary of the Chicago Bulls closing out the Los Angeles Lakers in Game 5 of the 1991 NBA Finals to win their first NBA Championship. Mike carried his squad with 33 points along with 13 assists and 7 rebounds, a near triple-double. While we’ll have to wait for Black Friday to grab the Air Jordan 6 “Black/Infrared”, the shoe that MJ wore during the close out game, hit the click for full highlights of MJ clinching his first title and let us know where this ranks among Mike’s all-time accomplishments in the comments section.