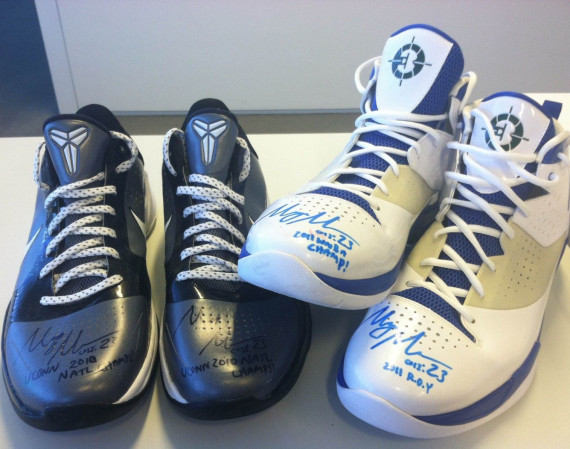 Maya Moore is arguably the best female-hooper playing right now, and she just so happens to be the first to sign a contract with the Jumpman. But even before she played in the WNBA, she was doing her thing at UConn, winning multiple championships. Today we get a glimpse at two sneakers in her collection, and while one is only a Kobe V, the true attraction here is the short-lived Dwyane Wade signature sneaker from Jordan Brand that was doled out in a PE version for Maya. She would go on to win rookie of the year honors during the 2011 WNBA season or the Minnesota Linx and would even win a championship with the squad all in the Jordan Fly Wade. Featuring a white base, the sneaker has accents of royal blue while her signature is prominently featured on both toeboxes, her achievements written underneath. Stick around in our gallery for a better view and grab each rare pair via mayamoore on eBay. 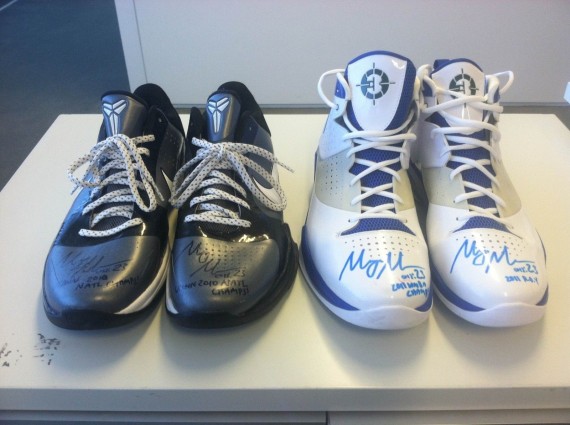 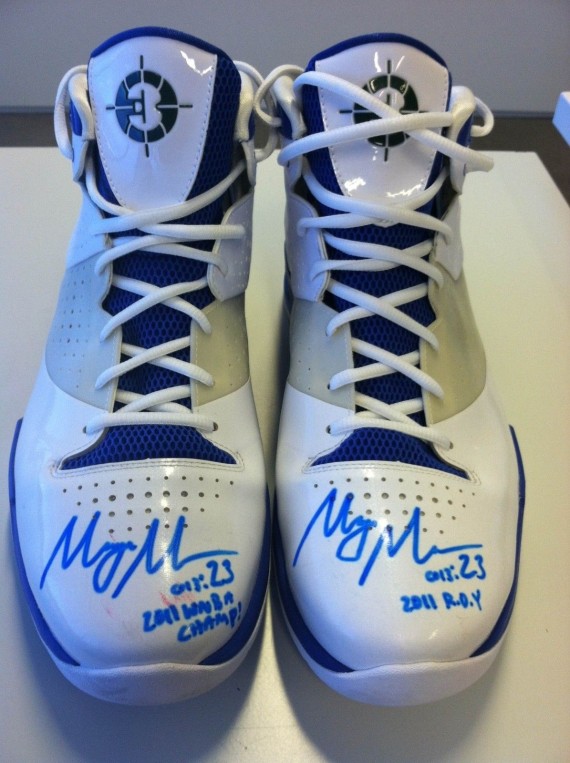 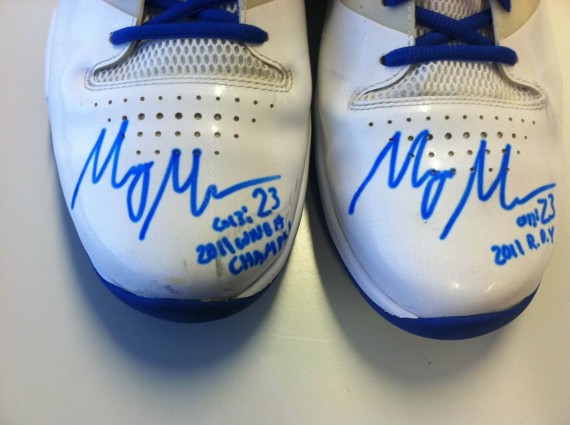 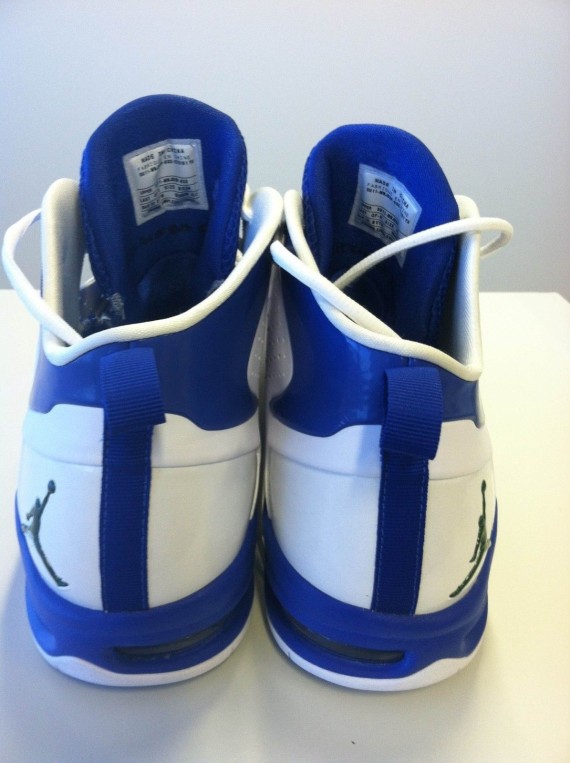 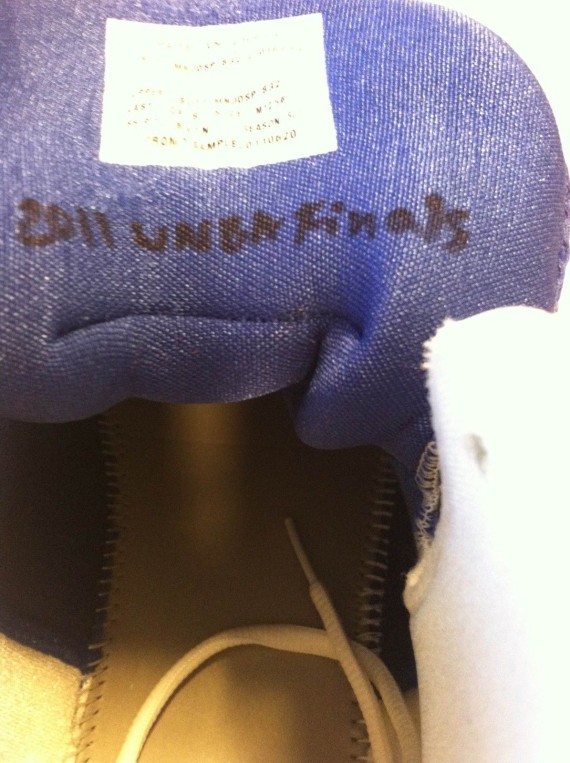