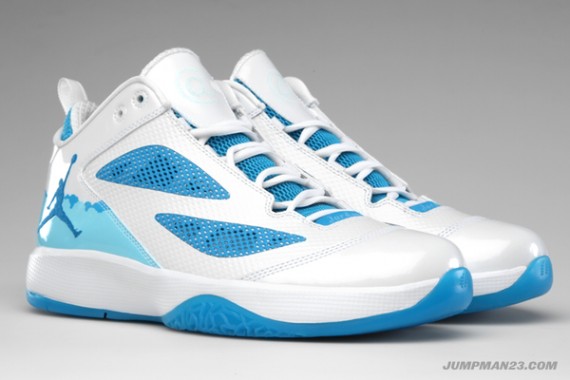 If you’re one of the stubborn few still holding off on joining the twitter-verse then something this great should give you some insight into what you’re missing out on. @Jumpman23 is giving away a pair of Air Jordan 2011 Q Flights to a very lucky follower. If that isn’t tantalizing enough, the AJ 2011 Q Flights are a seemingly twitter inspired #Follow23 Colorway. For a sneakerhead this is probably the best thing to happen to twitter since some users began posting pictures of exclusive samples. @Jumpman23 released pictures of portions of the sneakers to announce the contest and ignite the imaginations of their thousands of followers, one of which will also receive the honor of being the 23rd account followed by @Jumpman23. Time is running out, the contest ends on Monday, July 25, 2011 and you don’t want to miss your chance at these. To get in the running all you have to do is have someone snap a photo of you doing an iconic Michael Jordan pose on a basketball court of your choosing.